The youth exchange called “Active Youngsters of Minority – Stable Europe” was a project for participants from Slovakia, Denmark, Latvia and Finland. There were 20 participants in four groups that met in the campsite Taivassalo close to Turku. Project lasted eight days from 23rd to 30th of June 2012 and was based on cultural exchange and communication between young people. 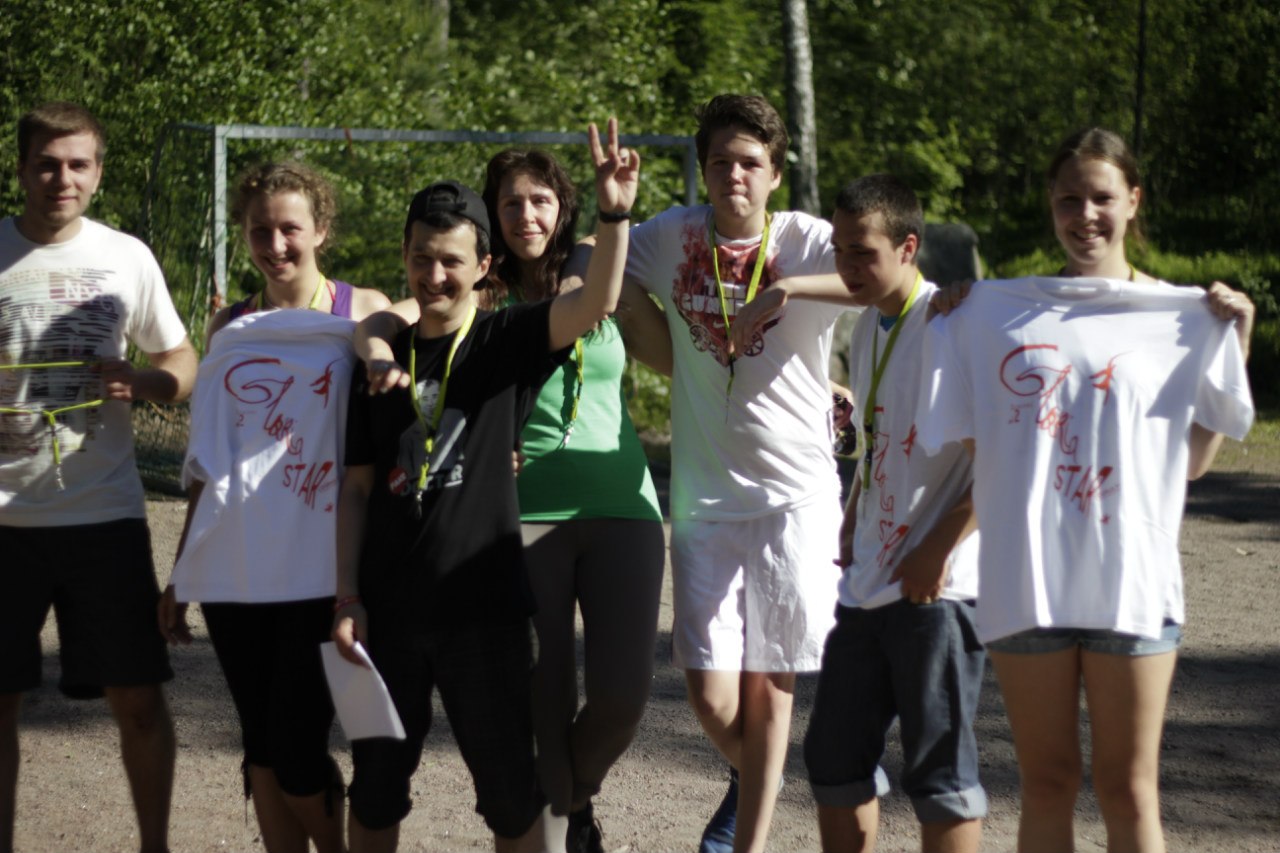 The main goal of the Project was an attempt to analyze how bilingualism and life in an intercultural environment affect the consciousness of young people. Russian was the working language of the Project. Through the improvement of Russian the young people would have better abilities to take part in the activities and the life in the camp. As far as every group came from a different European country, it was also interesting to acquaint with the different European cultures in a form of presentation of folk music, folk crafts, dances, literature, etc.

Our basis postulate was: if a person has good native language skills and keeps his/her cultural identity and at the same time respect the culture of the country she/he lives in, it gives psychological strength and a balance and at the end helps the stability in the whole Europe. 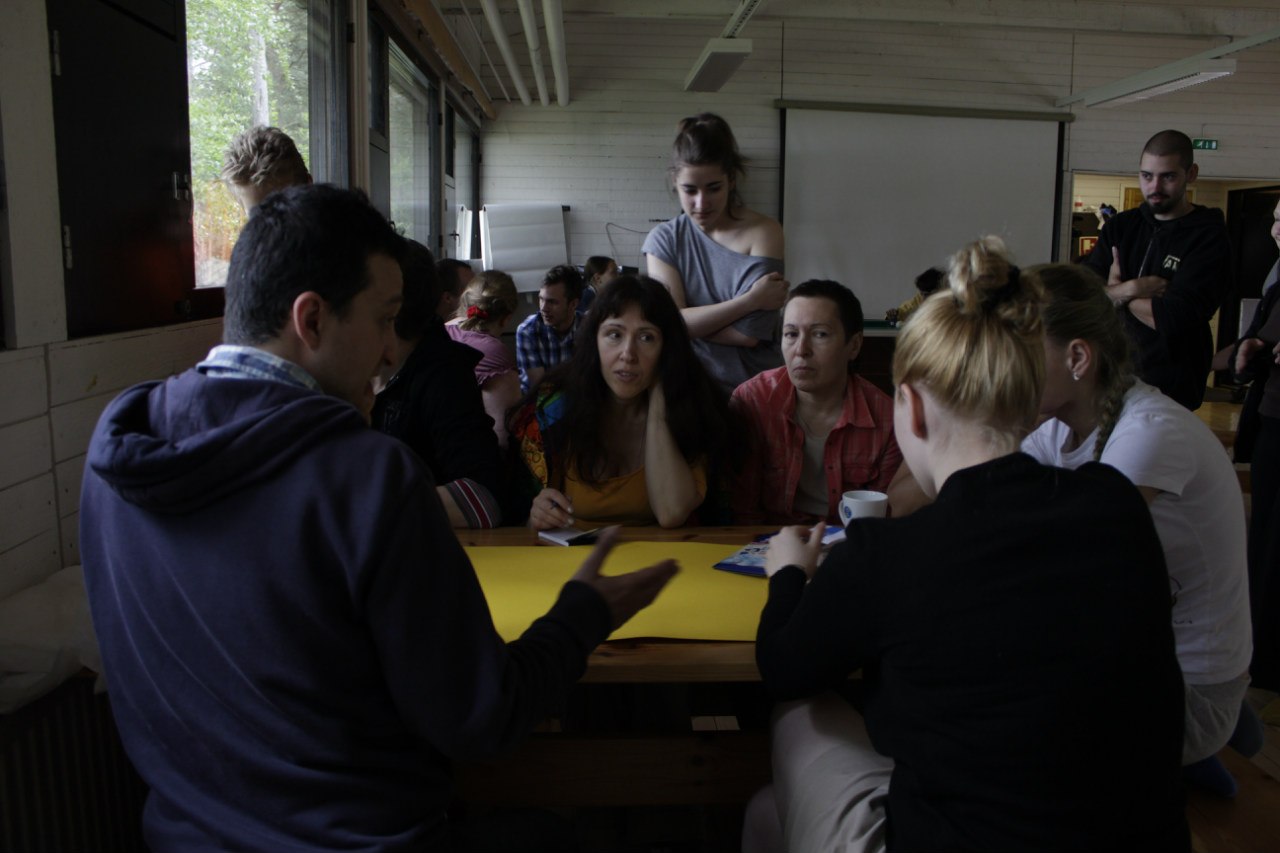 All participants came to the camp with the Homework. The main themes were: bilingualism and the life of Russian-speaking minorities in various European countries. All 4 groups should present their own products (videos, photos, interviews etc.), showing the development of the national and cultural identity of bilingual young people in their countries. Using the Homework methods and debates we got a lot of interesting and useful information about the life of the minorities in Europe. The collected information showed the picture of the national minority’s problems in Europe and helped to think on the possibilities to solve those problems. 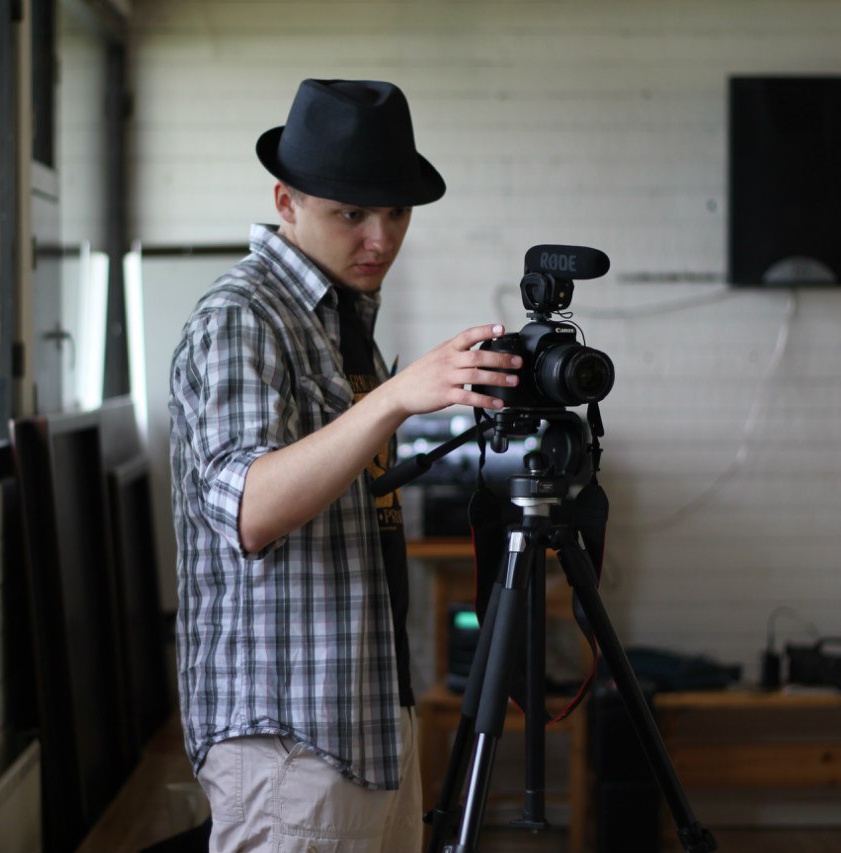 The basic working method of the Project was the maximum involvement of each participant in the activities. The learning dimension and the improvement of competences through the various activities was an essential component of the Projects fulfillment. The project helped young participants to learn from each other by sharing different experiences and improving some certain skills. All camps events were photographed and recorded on video. Every day a different participant was selected to be responsible for video product in the camp. On the last day the most interesting and exciting events were compiled to the video-diary. It was also created the daily camp newspaper «LAGER.INFO» and made a lot of photos. Many young people tried themselves like journalists and video producers and will continue to work with those skills in future.

The major activities in the camp were:

Our discussions and debates focused on the following aspects:

The final daily timetable of activities:

23rd of June The arrival day for all groups. Regarding the Project`s originally plan it was decided that all groups will arrive to Turku, so everybody will acquaint with the noteworthy places of the first capital of Finland. But it occurred later, that the most economical travel possibility for groups from Latvia and Denmark was the arrival to Helsinki. In the connection with that we had to change partly the program of the first day. We asked another community “Sirius” to help us to take care of the Slovakian group, which still preferred to arrive to Turku.

24th of June Slovakian group acquainted with Turku the first part of the day, while other participants acquainted with the modern finish capital Helsinki. In the evening all groups met in Taivassalo.The first acquaintance of the participants with each other. Psychological exercises in groups. Grill, sauna, swimming.

25th of June Creating the different workshops, encluding video workshop and the local newspaper ”Lager.INFO” . The groups from Finland and Slovakia invited all participants to try themselves in decorative and artistic creativity. Opening the section of karate and Thai boxing and the creating of a salsa group.

26th of June The day of the Social Theater and psychological training. The different theatrical scenes were playing in groups and the theatrical exercises were making for a specific topic. The final result of the Social Theater day was a Performance on Russian language where participated young people for whom Russian was not their native language. But they managed well!

27th of June The Day of Health and Sport: aquaintance with the beautiful Finnish nature and the table tennis tournament. Because of the bad weather the football match was postponed to the next day. 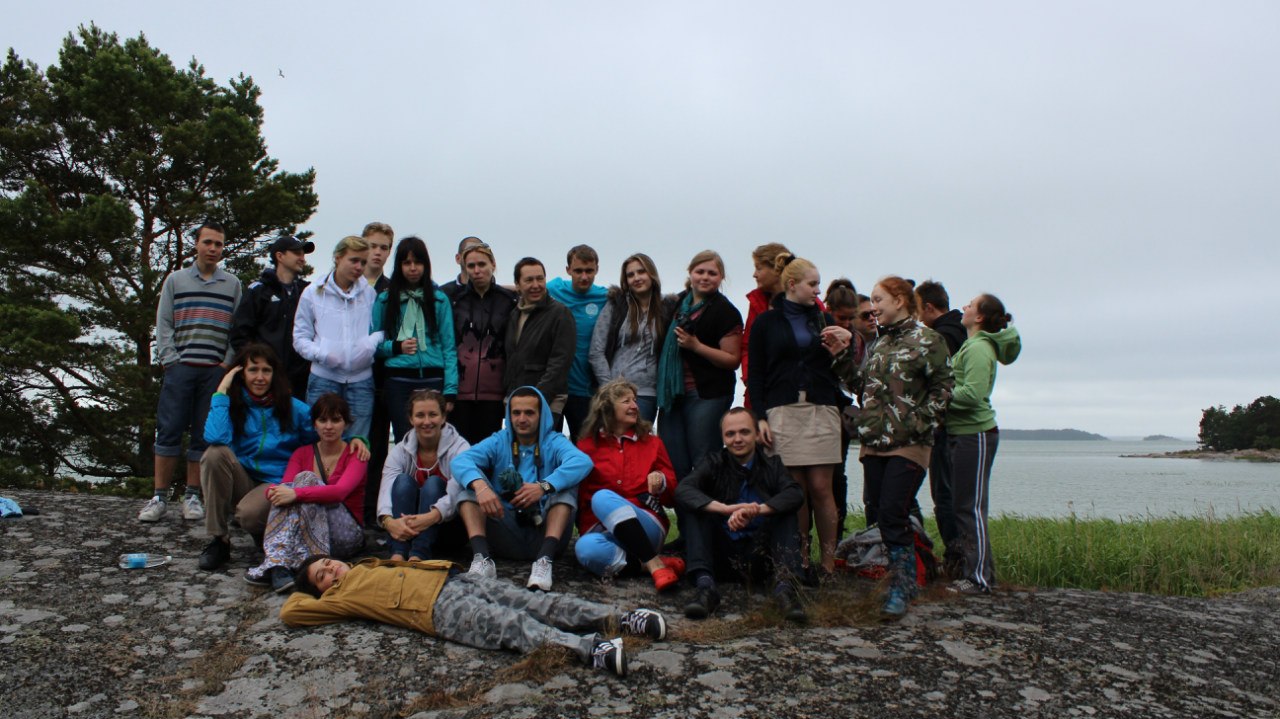 28th of June The football match (instead of relaxing time)

The debates that Slovakian group was responsible for the main thesis of the debats was: A person needs to learn Russian, if Russian is the native language of his/her parents (or one of the parents).

Arguments for this thesis: better communication with the parents (or with one of them) and closer relations in a family. As far as Russian is a part of genesis for those young people, maintaining of the Russian language leads to more harmonically psykological development; Russian language opens the door to the unique world of the rich Russian culture; Rusian language is a special tool for perceiving existence (we live as many lives as many languages we speak). Russian today is an extra chance in a business life in our global world.

Arguments against this thesis: all people have free choice to decide the question of their national and language belonging, so why “the Russian roots” is not the condition and the necessity to learn Russian. Russian is not the language off international communication, so it is enough to learn English to be the part of the global world; too much fokus on Russian language and Russian culture can create a problem for the person to integrate succesfully in a new society, especially when Russians are not so welcome in some European countries. For example there are 2 official languages in Finland – Finnsih and Swedish, English is also important for young people to learn, so there is not really “space” for Russian.

29th of June Preparing of the gala concert and final briefing regarding the summary of the camp’s programme Discussion of the Programme “Youth in action” and the last “farewell word” of all participants to each other.

The most important results of the Project:

The Project’s main result was the effective cultural exchange and communication between the young people with Russian background from different European countries. Information exchange and teamwork experience was a big part of the learning process in the camp. Being the part of the development of a learning process helped the young people to open their mind and offered them an opportunity to a better understanding of their ethnic background. In this way there were created the conditions for positive intercultural communication in certain place at certain time.

During the discussions of the “Homework”, debates and other camp’s activities as well as informal communication among the participants we acquired a lot of usefull and interesting information about the life of the russian-speakng minorities in various European countries and about the problems they encounter in trying to find their place in the society. It was interesting to learn how various European cultures influence the life of the Russian-speaking minorities. We also shared information about what the participants do in their countries to maintain Russian culture and Russian language and how they express themselves on the social, cultural and creative levels.

The cultural and creative exchange enriched the participants really a lot. After being in the camp the young people realized that it is not at all bad to be Russian; it is also a privilege to be the part of the rich Russian culture and speak the Russian language. This understanding helped the young people to realize their own unique self. The project also helped the young people to see that they are not alone like representatives for the Russian speaking minorities in Europe. There are other young people in Europe with similar problems, needs and hopes. The young people understood that it is possible to join forces in the fight against all kind of prejudices, racism and discrimination. It is necessary to cooperate to make life more interesting and significant. They also realized that Europe and the European Union is a big social-political system with many interesting opportunities for development. The Project awakened their interest for the politics and gave them the feeling that they can give a helping hand to other young people in Europe, who are in a similar situation.